It's been an intense week.

I can now drive round a roundabout, even a complex one with weird lane changes or traffic lights or an overturned trailer of hay or all of the above, without breaking a sweat. I mostly even take my intended exit. So now my driving lessons comprise two hours exploring the shortest, blindest, deadliest slip roads known to West Devon. And then, when I am so tired I can barely think, I drive through Chagford and run the gauntlet of horses and double-parked delivery lorries and roads created for tinners' sleds. Ah, the joys of rural life :).

The final year of my degree's up and running now. I am jogging alongside trying not to look winded yet, although the truth is I'm already developing a stitch and when I peeked ahead at the essay questions I almost fainted. But everyone and their dog's running now, it seems, so this is my version and I won't quit until I get to the finish line, whatever state I'm in by then.

My little job has begun, which has already meant I got to have coffee with Terri Windling and Ellen Sherman while they discussed writing. (Tilly was of course in attendance, but chose on this occasion not to join in the discussion.) At one point Terri mentioned the Jean Rhys quote:

'All of writing is a huge lake. There are great rivers that feed the lake, like Tolstoy or Dostoyevsky. And then there are mere trickles, like Jean Rhys. All that matters is feeding the lake. I don't matter. The lake matters. You must keep feeding the lake.'

and I realised that's part of why I'm loving this work. Jean Rhys is talking about one's own writing - and, next year, yes with a hallelujah on top to that - but it's how I think about assisting a writer and artist too. I may not be pouring my own words into the lake, but I am removing obstacles so other words and art can get there. It seems a very humble thing, but actually feels important and deeply satisfying.

I feel Rhys has set the bar uncomfortably high for 'trickle', so I'll say I've added a puddle-splash to the lake. It's just one poem, but it's my poem and I'm proud of it and it's (soon to be) published, so I'm very happy about it.

Meanwhile, there are still those girls to raise. 3yo is having a dressing-up phase. Here she is on the way to collect her sister from school: 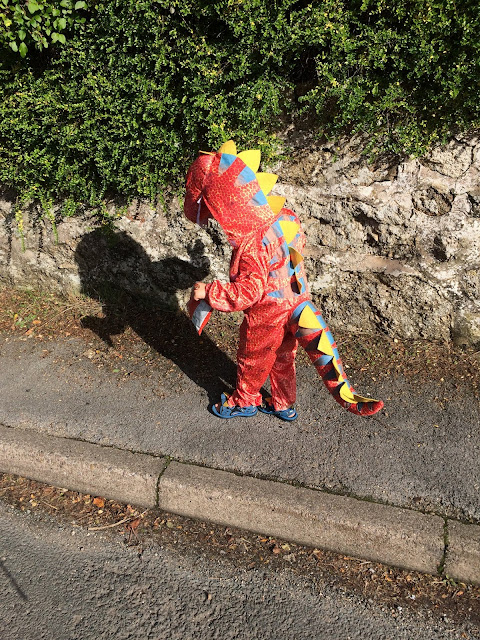 and I am feeling quite emotional about 9yo's decision to learn the fiddle. I've bought her a half-size one, but I still have Thomas's and it would be a wonderful thing if she could play it one day. 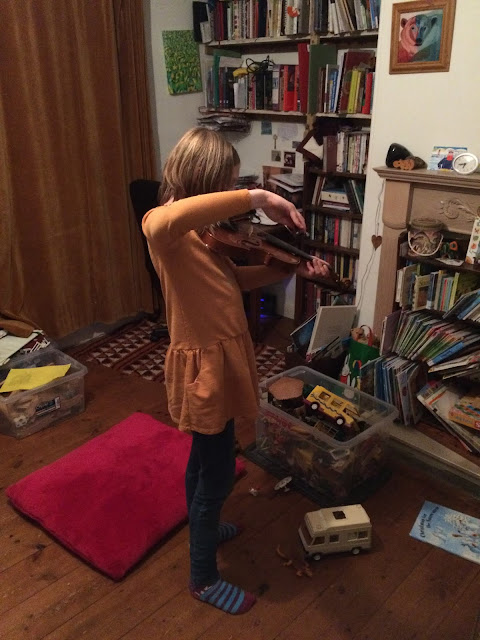 Last Friday was the ten year anniversary of our wedding. 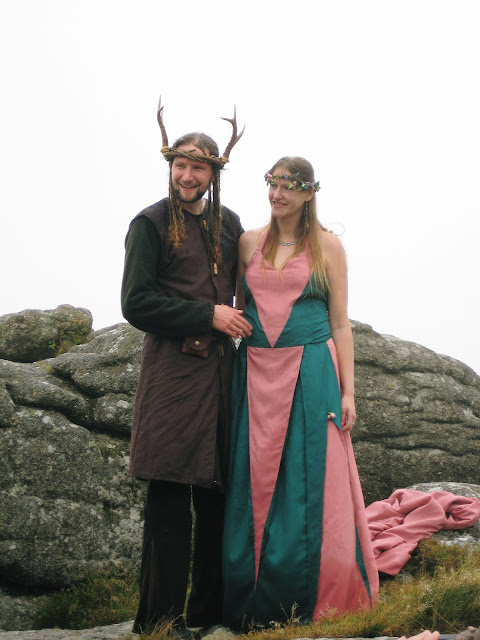 I manage these powerful dates a little better each year. We were given some homemade mead as a wedding present, to be drunk in 2012. We had planned to celebrate our second wedding anniversary with it, but of course that didn't happen. It has just been standing miserably at the back of the teas cupboard all this time. So, as our women's group gathered so near my anniversary, I risked the possibility of explosion and/or poisoning and opened it. It didn't explode and it was surprisingly drinkable (in tiny quantities - it's definitely potent!). Even 9yo had a sip, and although she pronounced it 'disgusting' and went back to elderflower cordial, I'm glad she tried it because she was at the wedding too :). 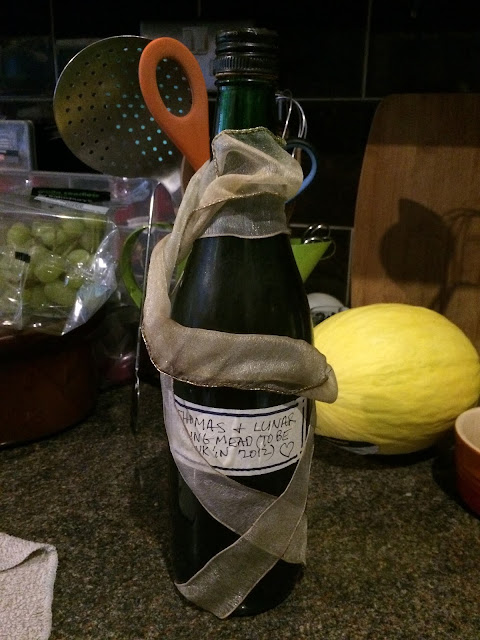 I am definitely not a writer who can work whilst drinking alcohol, but I'm raising a virtual glass of this mead to love in all its forms and to the next ten years. Cheers!

The art of paying attention: